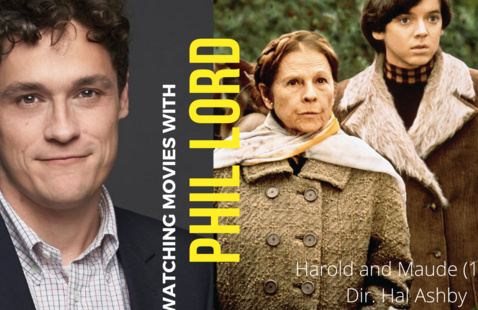 https://cosfordcinema.com/event/watching-movies-with-phil-lord-harold-and-maude-1971/
View map
Add to calendar
Save to Google Calendar Save to iCal Save to Outlook

Join Phil Lord and Bill Cosford Cinema manager Rene Rodriguez for a screening and discussion of the dark comedy ‘Harold and Maude.’

Phil Lord is a Miami native who began his film career with “Cloudy with a Chance of Meatballs,” co-directed by his creative partner Christopher Miller. Since then, the duo directed “21 Jump Street” (2012), “The Lego Movie” (2014), “22 Jump Street” (2014) and shared the Best Animated Feature Oscar for co-producing “Spider-Man: Into the Spider-Verse” (2018). He also produced the Oscar-nominated “The Mitchells vs the Machines” and wrote and  produced TV shows such as “Brooklyn 911,” “The Last Man on Earth,” “Bless the Harts” and “The Afterparty,” among many others.

Bud Court stars as a rich young man who is obsessed with committing suicide until he meets a lively septuagenarian Holocaust survivor (Ruth Gordon) at a funeral. Critically scorned upon its original release, the movie is now considered one of the best American films of the 1970s and is a beloved cult classic.

“Harold and Maude” was shocking by the standards of 1971 Hollywood movies, even the ones that styled themselves as adventurous or hip. But it is so ideologically and emotionally consistent, and weaves such a gentle spell, that we can accept the central romance as a metaphor for beleaguered political and social sentiments even as we get to know Harold and Maude as individuals and root for their happiness. It’s a romance, a tragedy, a satire, a paean to eccentricity, a philosophical statement, and a “trip” film whose music montages seem to roll in like waves.

“Its mix of elements felt strange and new at the time, and still does, even though the film’s characters, tone, and soundtrack have been referenced and plundered by many modern directors, including Wes Anderson, Paul Thomas Anderson and David Fincher, whose “Fight Club” features a misfit couple flirting at self-help groups that they don’t even belong to, as Harold and Maude do at strangers’ funerals.” – Matt Zoller Seitz

Tickets are $10 plus tax to the general public, free for UM students with Cane Card (use UMSTUDENT) at checkout.