Watching Movies with Dennis Scholl: 'The Pope of Greenwich Village' (1984 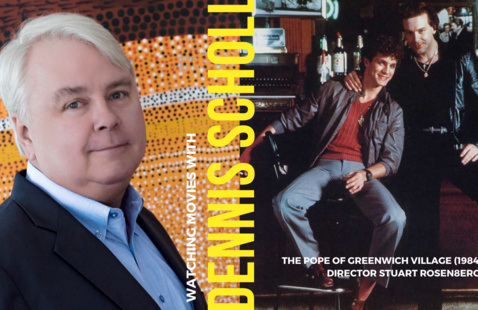 https://cosfordcinema.com/event/watching-movies-with-dennis-scholl-the-pope-of-greenwich-village-1984/
View map
Add to calendar
Save to Google Calendar Save to iCal Save to Outlook

Join Dennis Scholl and Bill Cosford Cinema manager Rene Rodriguez for a screening and discussion of 1984’s “The Pope of Greenwich Village.”

Dennis Scholl is the president and CEO of Oolite Arts, a creative learning center for upcoming filmmakers and artists that is internationally recognized as a world-class cultural center. He is also a filmmaker, renowned art collector and entrepreneur, and the former national vice president for arts at the John S. and James L. Knight foundation.

Mickey Rourke, Eric Roberts and Daryl Hannah star in this adaptation of Vincent Patrick’s best-selling novel about two cousins who hatch a scheme to rob the mob. To say that things don’t go well is an understatement.

Geraldine Page (who was nominated for an Oscar for Best Supporting Actress), Burt Young and Kenneth McMillan star in this performance-driven comedy-drama.

“The Pope of Greenwith Village” is one of the best buddy movies made in recent years. [Roberts and Rourke] are a couple of charmers. We like them immediately, even though we know and they know that they are playing a very dangerous game that is against the rules of nature. Fellas, you should really grow up.” — Gene Siskel, Chicago Tribune.