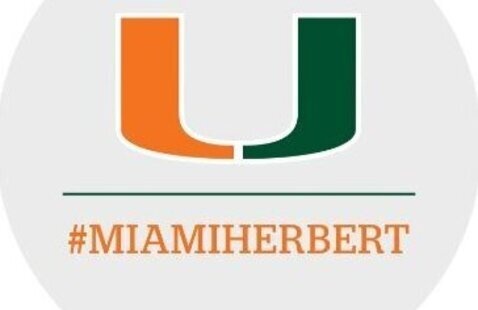 The Miami Herbert Business School's Distinguished Leaders Lecture Series brings students, alumni and other members of the UM community together with top business leaders throughout the year.

The Honorable Dr. David J. Shulkin was the ninth Secretary of the US Department of Veterans Affairs, where he represented America’s 21 million veterans and was responsible for the nation’s largest integrated health care system with over 1,200 sites of care. Appointed by President Trump to serve in his Cabinet, Secretary Shulkin was confirmed by the US Senate by a vote of 100-0. Dr. Shulkin previously served as Under Secretary for Health having been appointed by President Obama and confirmed unanimously by the US Senate. Secretary Shulkin is the author of the best selling book “It Shouldn’t Be This Hard to Serve Your Country”.

Prior to coming to VA, Dr. Shulkin was a widely respected healthcare executive having served as chief executive of leading hospitals and health systems including Beth Israel in New York City and Morristown Medical Center in Northern NJ. Dr. Shulkin has also held numerous physician leadership roles including the Chief Medical Officer of the University of Pennsylvania Health System, the Hospital of the University of Pennsylvania, Temple University Hospital, and the Medical College of Pennsylvania Hospital. Dr. Shulkin has held academic positions including the Chairman of Medicine and Vice Dean at Drexel University School of Medicine. As an entrepreneur, Dr. Shulkin founded and served as the Chairman and CEO of DoctorQuality one of the first consumer orientated sources of information for quality and safety in healthcare. He has served on boards of managed care companies, technology companies, and health care organizations.

Dr. Shulkin is a board-certified internist and a Fellow of the American College of Physicians. He received his medical degree from the Medical College of Pennsylvania, his internship at Yale University School of Medicine, and a residency and Fellowship in General Medicine at the University of Pittsburgh Presbyterian Medical Center. He received advanced training in outcomes research and economics as a Robert Wood Johnson Foundation Clinical Scholar at the University of Pennsylvania.


Zoom webinar link will be sent to those who have registered 48 hours prior to the event.

The Miami Herbert Business School’s Distinguished Leaders Lecture Series is made possible through the generosity of Southern Glazer’s Wine & Spirits.

You are invited to a Zoom webinar.

Please click the link below to join the webinar: ​