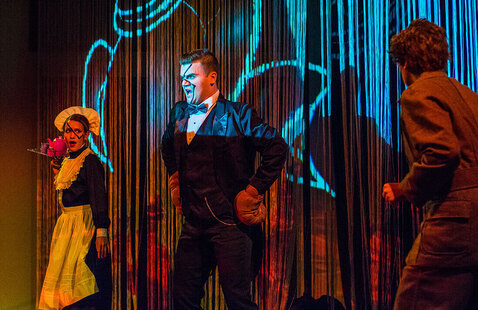 Music by Michael Dellaira and Libretto by J.D. McClatchy

The opera is based on the internationally acclaimed 1958 novel Il Gattopardo by Giuseppe Tomasi di Lampedusa (1896-1957), a Sicilian aristocrat who chronicled the changes in Sicily during the revolutionary times of the Italian Risorgimento. Lampedusa’s protagonist is Don Fabrizio Corbera, Prince of Salina, and known as “The Leopard” for his commanding personality.  A member of an impoverished aristocracy, soon to be obsolete, the Prince reluctantly adjusts to the modern world to guarantee his family’s future – and in doing so, sacrifices the happiness of one of them.

Frost Opera Theater and Frost Symphony Orchestra premiere this third opera collaboration by composer Michael Dellaira and poet/librettist J.D. McClatchy, completed shortly before the passing of Mr. McClatchy in 2018. Their previous operatic collaborations included The Secret Agent (2011) and The Death of Webern (2013).

The latter opera was recorded at the Frost School of Music to critical acclaim in 2015 and released on Albany Records in 2016.