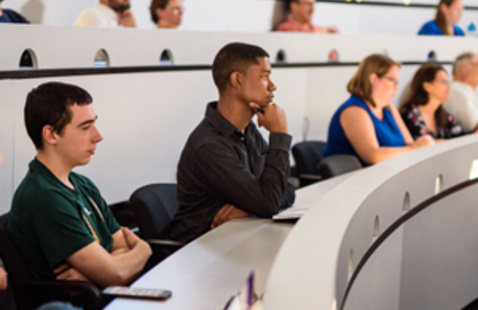 Hear from the most influential forces in business and beyond. From Nobel Prize winners and CEOs to trailblazers and cultural icons, Miami Herbert’s Distinguished Leaders Lecture Series brings students, alumni, and other members of the University community together with top business leaders throughout the year. Learn what makes these leaders tick, professionally, and how principled leadership and innovative thinking can transform global business and society.

Alex M. Azar II was sworn in as the 24th Secretary of Health and Human Services on January 25, 2018. He has spent his career working in both the public and private sectors, as an attorney and in senior leadership roles focused on advancing healthcare reform, research, and innovation.

His current tenure at HHS is a second tour of duty at the Department, after serving as its General Counsel from 2001 to 2005 and then as Deputy Secretary from 2005 to 2007. From 2007 through January 2017, Azar was a senior executive at Eli Lilly and Company in Indianapolis, Indiana.