Sea Secrets 2023: Real Pirates of the Caribbean: The Search for and Study of Shipwrecks from Captain Morgan and Captain Kidd with Frederick H. Hanselmann, Ph.D. 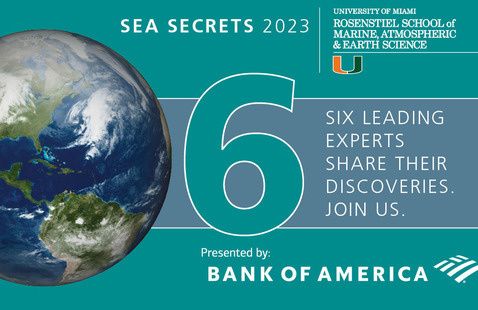 Director of the Underwater Archaeology Program and the Scientific Diving and Boating Program at the UM Rosenstiel School of Marine, Atmospheric, and Earth Science

Real Pirates of the Caribbean: The Search for and Study of Shipwrecks from Captain Morgan and Captain Kidd

One of the most romanticized aspects of history is that of pirates. What do we really know about pirates and what is fact and what is fiction? Little specific evidence of pirates and their actions exists in the archaeological record and, oftentimes, it is difficult to distinguish the identification and function of certain sites, features, and artifacts from being piratical or simply commonplace. In fact, finding a site and making the connection to piracy is a difficult assertion and sometimes controversial. Captain Henry Morgan and Captain William Kidd are two of the most famous pirates of all time. Join Dr. Hanselmann to learn about the search for and research into sunken pirate fleets in the Caribbean. Through comparative analysis of the archaeological and historical records coupled with ocean exploration, we can get a glimpse into the reality of what a pirate’s life truly meant and how underwater archaeological sites still live on in the modern day as marine protected areas. In a broader sense, archaeology is a science that allows us to interact with our past and, hopefully, informs our future.

Fritz Hanselmann has almost 20 years of experience with all aspects of underwater archaeological field operations and has directed numerous projects in Latin America, the Caribbean, and North America. He is a technical, cave, and closed-circuit rebreather (CCR) diver, a certified SCUBA instructor, a Nautical Archaeology Society tutor, and a Fellow of the Explorer's Club. He has been featured widely in the press and media, including documentaries and programs on the National Geographic Channel, the Sundance Channel, the Travel Channel, and the South by Southwest Film Festival. He is also the author of Captain Kidd's Lost Ship: The Wreck of the Quedagh Merchant, co-author of The Maritime Landscape of the Isthmus of Panamá, and a contributing author to Pieces of Eight: More Archaeology of Piracy.