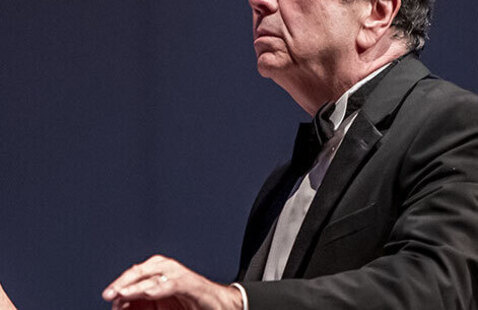 The W.A. Mozart's (1756-1791) Symphony No. 41, nicknamed the Jupiter Symphony, is the largest and most complex of his symphonies. It is the culmination of the great classical period symphony, paving the way for Beethoven's revolutionary works.

Frost student competition winners Kristin Baird, violin; Tadao Hermida, cello; and Pricila Navarro, piano perform Ludwig van Beethoven's (1770-1827) Triple Concerto in celebration of the composer's 250th birthday. This is the only Beethoven concerto for multiple instruments and one of seven works that he wrote that included the piano and an orchestra.