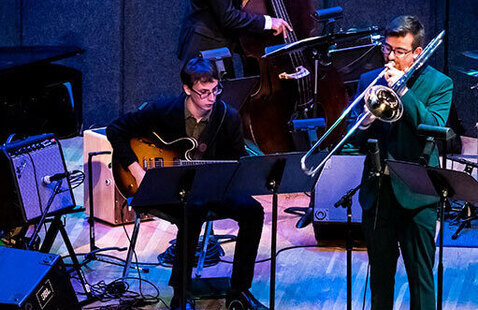 A night of music for jazz big band, featuring members of the Frost School’s acclaimed Frost Concert Jazz Band and Frost Studio Jazz Band. The band will perform newly released and/or never recorded music by Maria Schneider, Mary Lou Williams, Manny Albam and students in the band. Special thanks to Rob and Doug Duboff at Ejazzlines for making the charts that have never been recorded available.