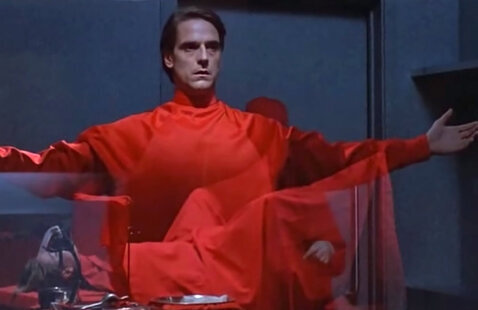 https://cosfordcinema.com/event/dead-ringers-1988/
View map
Add to calendar
Save to Google Calendar Save to iCal Save to Outlook

Arguably the most disturbing film in Cronenberg's body of work (as well as one of the least explicit), this story of twin gynecologists (played by Jeremy Irons) playing a dangerous game with one of their patients (Genevieve Bujold) marked a transition for the director in terms of subject matter and style.

Shot by cinematographer Peter Suschitzky in an unnervingly cool, remote palette (aside from some blood-red surgical suits)  "Dead Ringers" qualifies more as a psychological study than a horror film, although horror is what you're left feeling as the brothers descend into drug addiction, their carefully manicured lives fraying into chaos.